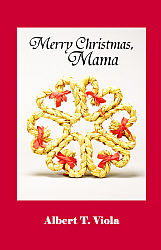 Hermann Sudermann (1857-1928) was born in East Prussia and was the son of a poor Mennonite brewer. Sudermann eventually moved to Berlin where he worked as a tutor and later a journalist. A playwright and author of several novels and short stories, he is best known for his play The Honor (1889). Though Sudermann’s plays are considered representative of German naturalism in that they present a pessimistic view of man as helpless against the forces of nature, some critics point out that there also exists an occasional gleam of optimism as even the most oppressed characters can, at times, succeed through efforts of sheer will.