Wizard of Odds, The 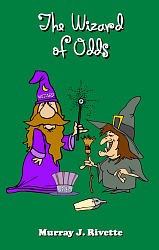 L. Frank Baum was born in Chittenango, NY, and grew up on his family’s large estate. Influenced by the Brothers Grimm, Hans Christian Andersen, and Lewis Carroll, Baum’s best-selling children’s novel, The Wonderful Wizard of Oz, was published in 1900 and was the basis for Baum’s 1902 musical The Wizard of Oz and the 1939 film adaptation featuring Judy Garland. In the novel, Baum’s description of Kansas is thought to be based on his experiences living in drought-ridden Aberdeen, SD, where he owned a store. Baum wrote 13 more novels set in the Land of Oz as well as numerous short stories, poems, and novels before he died in 1919.