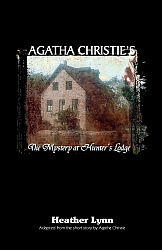 Agatha Christie was born in southwest England to a wealthy family. Growing up, Christie enjoyed reading mystery novels by Wilkie Collins and Sir Arthur Conan Doyle. Many of Christie’s short stories were first published in periodicals and feature the famed Belgian detective Hercule Poirot. Poirot later became one of Christie’s most famous characters. “The Mystery of Hunter’s Lodge” was first published in The Sketch in May 1923 in the United Kingdom. The story was published in the United States in The Blue Book Magazine in June 1924 as “The Hunter's Lodge Case.” In 1924, the story appeared as part of the anthology Poirot Investigates. The author of 66 detective novels and 15 short story collections, Christie is best known for her bestselling novel And Then There Were None and her play The Mousetrap.