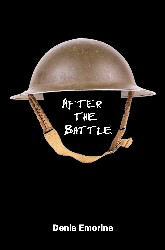 DRAMA. After a major battle, only three soldiers survive. To pass the time, one soldier proposes that they play “The Last Survivor Game” in which they all draw straws, and the one with the shortest straw has the right to kill the other two. The other two soldiers think that their fellow comrade is either joking or has gone mad, but they soon realize they have no choice but to play the game if they are to survive.